“Before the modern era, to be seriously ill was to enter a world of almost unimaginable pain, misery and often grotesque medical ignorance. The diseases were bad enough, but the treatments were often far worse.”

The Doctor Will Saw You Now! New Exhibition Lifts The Lid On Medicine’s Gory Past 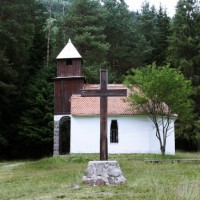 Traveler & photographer with a passion for everything

Ramblings From an Apathetic Adult Baby

A safari to (re)discover Strasbourg

Ramblings from the one and only Silk Cords

Ultimately it is the photograph that matters...

but like a hawk encumbered with his hood
The Peculiar Adventurer

Where Travel Gets Weird

A place to express myself through words!

You just think you want to know...

A narrative kink journal of a straight male who likes to wear catsuits.